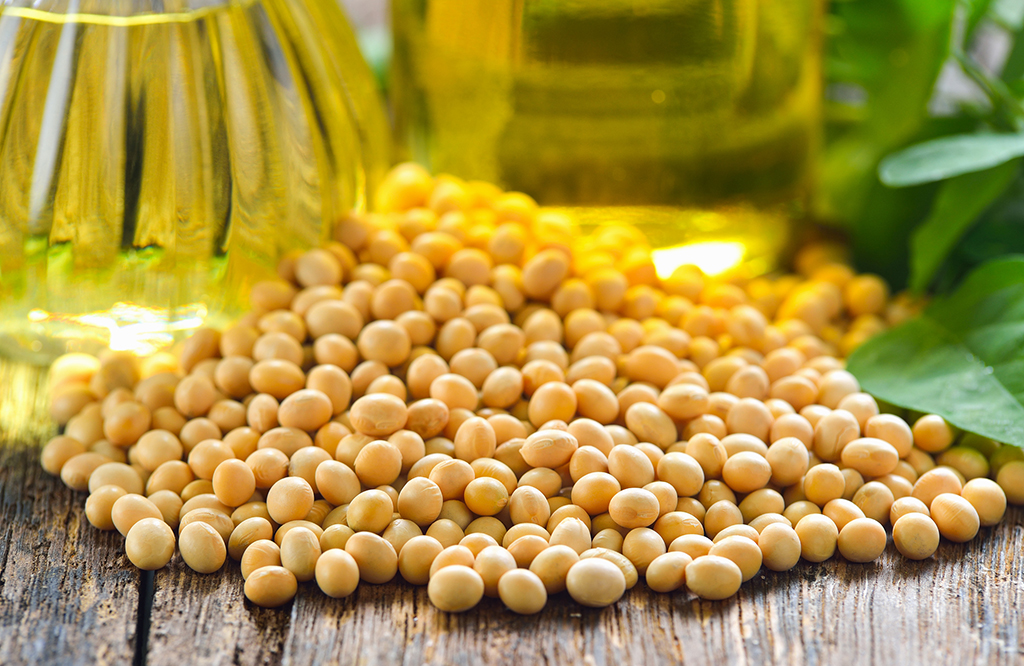 Although large-scale soybean processors dominate the commodity vegetable oil markets, these solvent extraction plants can’t produce organic products because of the hazardous chemicals they use. So, while small-scale mechanical oil mills may not be able to compete in terms of overall production volume or oil recovery rates, they can differentiate themselves by specializing in organic soybean meal.

Unlike conventional oil extractors, which rely on solvents like hexane to leech fat from soybeans, mechanical oil mills leverage the brute force of expeller presses to physically crush oilseeds without any chemicals. The resulting soy oil and meal can command premium prices while meeting the rising demand for healthy, organic options for both human food and animal feed.

To compete in the organic soybean meal market, mechanical processors must understand the growth prospects in this space and the challenges that lie ahead. Here’s a brief look at what’s driving the popularity of organic soy and how this market is evolving.

Through the years, scientists have developed chemical fertilizers, pesticides, and genetically modified seeds to boost yields and lower the costs of mass-produced crops like soybeans. These agricultural advances have facilitated food production for millions of people and animals around the world by providing an abundant, affordable source of protein.

However, proponents of organic foods argue that pesticides, herbicides, and other chemicals used in conventional crop production can harm human health and the environment. The prevalence of genetically modified grains raises concerns among health-conscious consumers, driving an increasing awareness of organic alternatives.

Organic food has been produced in the U.S. since the late 1940s, spawning a patchwork of methods for growing and labeling products as “organic.” To standardize the production and certification of organic foods, Congress passed the Organic Foods Production Act (OFPA) of 1990. The OFPA established the National Organic Program (NOP) within the U.S. Department of Agriculture (USDA). This agency enforces consistent national standards for organic products and accredits third-party organizations to certify farms and businesses that meet these rigorous standards.

For products to be certified organic, they must follow the National List of Allowed and Prohibited Substances. Pests, weeds, and diseases must be managed with approved substances from this list rather than synthetic fertilizers or pesticides. Organic livestock and poultry must be fed 100% organic feed. Since soybean meal provides the primary source of protein in livestock and poultry feed, organic soybean meal supplies a critical ingredient in organic animal diets.

The cost of organic production

The Iowa State University Extension suggests that conventional (non-organic) soybeans cost between $0.12-$0.17/bushel less to produce than organic varieties. This accounts for:

Given the relatively higher costs and lower yields of organic soybean production, with the price uncertainties accompanying any agricultural operation, many U.S. farmers opt for conventional soy because it’s cheaper and easier to produce. In fact, most of the soybean meal crushed in America does not meet organic standards as it comes from genetically modified soybeans. Instead, U.S. farmers rely heavily on imported organic soybean meal, which has created new challenges in recent years.

Once considered a fad, organic foods continue to increase their foothold. According to an industry survey from the U.S. Organic Trade Association, organic food sales grew at an average pace of 9% per year over the last decade—outpacing the 5% annual growth rate of non-organic food. Between 2020 and 2021, organic food sales surpassed $63 billion, marking the 12th consecutive year of growth.

The growing popularity of organic food drives the market for animal feed made primarily from organic soybean meal. In fact, the demand for organic livestock feed has increased by 80% since 2014. To meet this demand, the U.S. began importing most of the organic meal by 2021, with most of it (40%) coming from India.

However, these trade relations unraveled rapidly in 2021 when the USDA ended its agreement with the authority that oversaw organic certification in India and began requiring USDA accreditation instead. Then, the USDA levied tariffs of nearly 284% on India’s organic soybean meal shipments to counteract pricing far below fair market value. Since then, the volume of imported organic soy meal from India has plummeted, reaching the lowest level since 2016.

As a result of this international trade disruption, organic soybean prices have escalated from less than $20/bushel in January 2021 to more than $40/bushel in May 2022, according to Mercaris’ Market Price Survey. Consequently, prices have increased to roughly $1,500/ton, compared to non-organic soy meal priced at less than $500/ton. Farmers often pass these costs onto consumers, raising prices for organic poultry, eggs, meat, and dairy.

Download our eBook: A Complete Guide to Soybean Processing

Opportunity abounds for U.S. farmers and oil mills to take advantage of the expanding demand for organic products like soybean meal. As the primary source of protein in organic feed rations for poultry and livestock, this specialty oilseed byproduct could be the crux of organic food growth in America as foreign supplies remain squeezed.

Since large-scale solvent extraction plants can’t compete in the organic space, mechanical soybean mills are perfectly positioned to tap into this niche market. With the organic meal’s global market projected to reach more than $820 million by 2030, processors stand to profit from this growing demand for natural alternatives.

To succeed in this space requires high-quality processing equipment that can meet the strictest requirements for organic processing. As the most durable and efficient mechanical press on the market, the Anderson Oil Expeller® is designed to meet grueling production demands. Leveraging Anderson’s extraction equipment and experience, processing plants across North America are finding tremendous opportunities in organic soybean meal markets.

Contact Anderson International to optimize your operation for organic oilseeds.